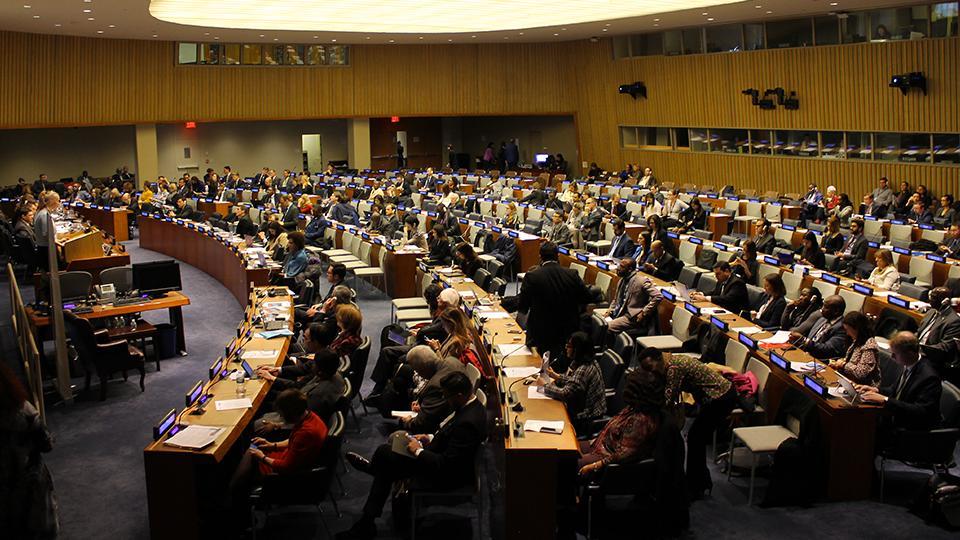 Speech by Alejandro González Raga, former Cuban political prisoner and Executive Director of the OCDH (Cuban Observatory for Human Rights) in the launch event of the «Jailed For What» campaign of the United Nations on October 16, 2018.

Many thanks to all those who made this meeting possible, especially Ambassador Kelly Currie, Ambassador Michael Kozack and the Secretary of the Organization of American States, Luis Almagro, for their presence at this event.

«The pain of the imprisonment is the most severe, the most devastating of pains, the one that kills intelligence, and dries the soul, and leaves in it traces that will never be erased.» José Martí, Cuban national hero, 1871, about political incarceration.

It is truly an honor for me to be able to address you here today, and I deeply appreciate this opportunity, which carries an enormous responsibility, because it is impossible for my testimony to fully expose the courage, sacrifice and hope of all the men and women who have been and are today in Cuban prisons for political reasons.

I myself have experienced this, of having spent five years in prison, after the wave of arrests and summary trials carried out by the regime, in what is known as the Black Spring of 2003. With that action, the Cuban government sought to counteract the Varela Project, a citizens’ proposal that propagates essential changes in the Constitution, in the aim of guaranteeing internationally recognized human rights. In this capacity, it is also my duty to warn that the new Constitution drafted by the Cuban government, continues to ignore such rights.

On that occasion, with more than 10 thousand signatures in its support, the Varela Project was delivered to the National Assembly of People’s Power in Cuba, on May 10, 2002. We relied on a «breach» of the 1992 Constitution, which allowed registered voters to propose laws. Not only did the signatures surpass the requirements, but the scale of demands for freedom of expression and association; for changes in electoral law; for political amnesty; and for reconciliation among Cubans, grew exponentially among the population.

Furthermore, these events brought unity among the different opposition groups, and began to attract the attention of the international community.  The response of the Cuban government is well known, and despite the regime´s attempts to hide its repressive approach, they could not deny the fact that 75 activists were imprisoned that Black Spring, with sentences ranging from 6 to 25 years in prison, for their «defiance» and for engaging in the reporting of events.

In the searches made in our residences, they found printers, computers, pens and pencils, radios to listen to the news of foreign radio stations, some manuscripts, and copies of the Universal Declaration of Human Rights. These constituted the material proof of our great «crime». (Pause).

The regime the immediately reformed the Constitution to shield any other breach of dissent, and curbed democracy, thus proclaiming «the irreversibility of the socialist character of the Revolution.»

Thousands of political prisoners, can testify to this cruel and unacceptable cruelty, one such person is Mario Chanes de Armas, whose case summarizes the treatment of the regime with which he disagrees. Chanes de Armas served 30 years in prison from 1960 to 1991. He spent seven years without family visits, for refusing to wear the uniform of a common prisoner. Whilst in jail he missed the birth and death of his son, aged 22, and the death of his parents. Chanes de Armas spent more years in prison than Nelson Mandela, but his case did not receive the same attention on the international plane.

Or Eusebio Peñalver Mazorra, who has spent 28 years in prison for challenging the regime. Likewise Hubert Matos Benítez and Ángel de Fana Serrano: 20 years for refusing to participate in the process, and other cases such as those of René Hernández and Reinol González.

It is impossible to include here all the names of those unjustly punished, because they wanted to enforce the Universal Declaration of Human Rights, which considers it essential that they be “protected by a regime of law, so that man is not compelled to the resort to rebellion against tyranny and oppression. »

This is the case of Armando Sosa Fortuny, a sick old man who has spent 42 of his 76 years in prison, and to whom the regime refuses to grant amnesty for having taken part in the rebellion. Even when, those who keep him in prison, assaulted a barracks in 1953, they received amnesty, and years later they gained power, shielding the lives of hundreds of Cubans, and all in the name of a freedom that they later broke.

Rebelling against that removal of rights is what Fortuny is condemned for, and if that «guilt» is kept alive by his jailers (who were also his judges), it is the proof that the motives which impelled it, are still active. Today however the freeing of Armando and his colleagues, who have already served 24 years in prison, is not a political issue, or even a legal one, it is a matter of humanity.

Beatings, humiliation, threats, and mock executions are part of the methods used against those people who, for purely political reasons, end up behind the bars of the innumerable Cuban prisons. They belong to various active opposition organizations, and for any impartial observer (despite the fictitious causes given by the government, based on false evidence), they are imprisoned because of their civic and political activism.

A recent example of the Cuban government’s methods against opponents, activists and human rights defenders, was the attempt to imprison investigator Ariel Ruiz Urquiola; a detention that has just been declared arbitrary by the United Nations Working Group.

A chapter without which the Cuban drama could not be understood is that of women who have been imprisoned for political reasons. Women like Polita Grau, Georgina Cid, Olga Rodriguez Morgan, Albertina O`Farrill, Aracelis Rodriguez or Cary Roque. They are just some examples from a long list.  I will read a testimony that will give an idea of ​​what has been and is for them the experience of political prison in Cuba:  »There were hundreds of us, political prisoners, in Guanabacoa, and they wanted to move us to Guanajay, where the conditions were unbearable… The prison was completely surrounded by some 600 armed men and women… They attacked us with water hoses, with a pressure of between 200 and 300 pounds… There was a prisoner who was six months pregnant and they directed the jet of water directly against her belly, causing a miscarriage. Many of us ran to protect her and cover her with our bodies… «  The incident occurred during the Bay of Pigs invasion and still occurs today with the Ladies in White, some of whose members are unjustly imprisoned. But the previous testimony also shows the solidarity that is established, in the worst circumstances, among those who suffer the same injustice. Such solidarity is imperative.  The loneliness of the prisoner who knows that his cause is attended by justice and dignity, but that no one accompanies him, is perhaps what weakens most; more than hunger, beatings, darkness, or overcrowded and unhealthy conditions.  For political prisoners we ask for solidarity, but that is not enough. We must maintain a commitment to our demand to the Cuban government in all that concerns human rights; that they allow the access of international organizations to prison institutions without reservations; and, especially, that they immediately repeal from Cuban legislation those aspects that allow unjust imprisonment, without the slightest procedural guarantee or following of due process, as happened recently in the cases of the Ladies in White: Nieves Caridad Matamoros González, Aymara Nieto Muñoz, Martha Sánchez González, Yolanda Santana Ayala, Xiomara de las Mercedes Cruz Miranda, Micaela Roll Gilbert, Daysi Artiles Sol. For them we demand unconditional freedom.  The same can be said for the 50 prisoners of the Patriotic Union of Cuba and many others who belong to opposition organizations and civil society.  I want to end this speech by saying that the release of the prisoner of the Patriotic Union of Cuba Tomás Núñez Magdariaga, after 60 days on hunger strike, is the first success of this campaign.
Thank you.

The following have partaken in this event:
Ambassador Kelley E. Currie, Representative of the United States in the Economic and Social Council of the United Nations; Ambassador Michael Kozak of the Office of Democracy, Human Rights and Labor of the United States State Department; Luis Almagro, Secretary General of the Organization of American States, Carlos Quesada, Executive Director of the Institute of Race and Equality, and Alejandro González Raga, former Cuban political prisoner and Director of the Cuban Observatory of Human Rights 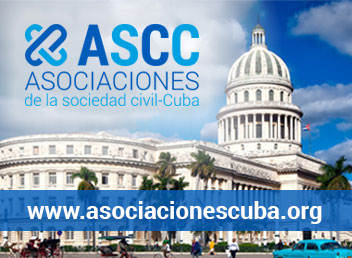 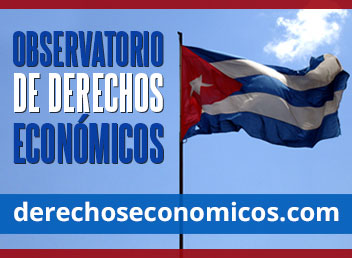